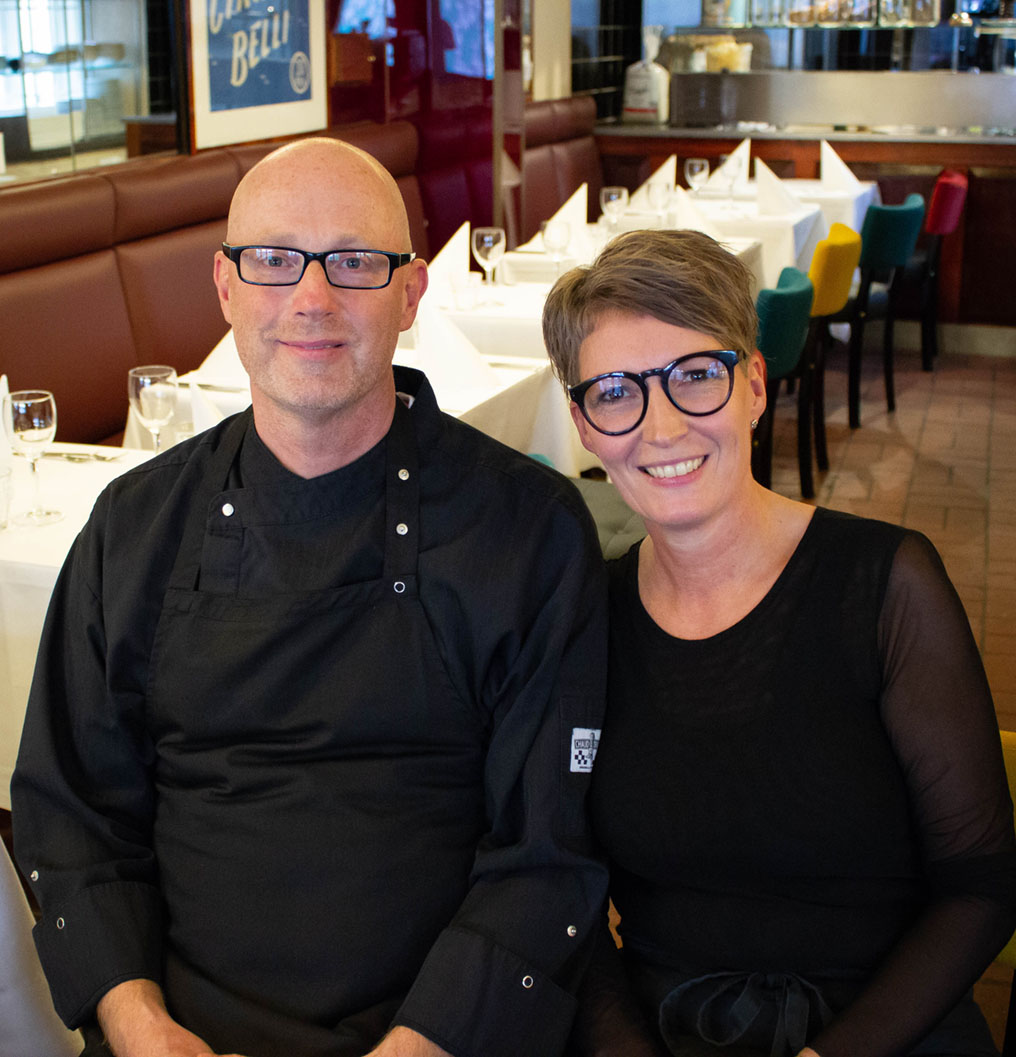 Ronald Dijkstra was born in i Alkmaar Netherlands. After working as a chef and waiter at various restaurants in Netherlands, he followed the path of love to Denmark in 1984. First stop in Denmark was Grønhøj near Karup, where he started his own first restaurant, Restaurant Amadeus.

I 1987 earned 1 star in the Danish eating guide. Next stop was in 1990 where he started a hotel and restaurant at Sophiendal Estate, Veng, Skanderborg.

The first chef apprentice at the estate was Trine Belli. She finished her education as chef at Sophiendal Estate.

Trine Belli and Ronald Dijkstra took over the restaurant ”de Fire Sanser” in Randers in 1992. That resulted in two stars in the Danish Eating guide.

Brasserie Belli was born after the purchase of the old pub “Peder Most” on Frederiksgade 54, in 1994.

Trine and her mom Bitten Belli ran the restaurant as a lunch restaurant. After a full house review in the national newspaper “Jyllands Posten” things escalated quickly and Belli became a proper Brasserie with opening hours from 11.00-23.00.

In 2015 the Michelin guide included Aarhus for the first time in it’s publication. Brasserie Belli was recommended in it.

We make French brassserie dishes such as Moules, steak frites, tartare and tarte Tatin as a la carte, in addition to our menus that are a bit more daring.

Together with our competent personel we’ve run Brasserie Belli for almost 30 years.

Brasserie Belli is a cozy cafe & restaurant located in the center of Aarhus in walking distance of the Music Hall, Aarhus Theatre, Svalegangen Theatre, Aros and The Old Town. The brasserie was founded in 1994, and is run by the Belli family, which you can’t mention without bringing up their rich history and ties to the old circus. We make honest food ofquality raw materials from local suppliers. Apples from grandma Bittens old apple trees, and products from the Belli brothers’ herb garden. There are many memories connected to the food. Smell and taste can unexpectedtly bring us back in time. ‘Good old fashioned’ is what we call it. Our goal is to have any person leave Brasserie Belli with happy stomachs and a part of Belli in their hearts. We look forward to hosting you. 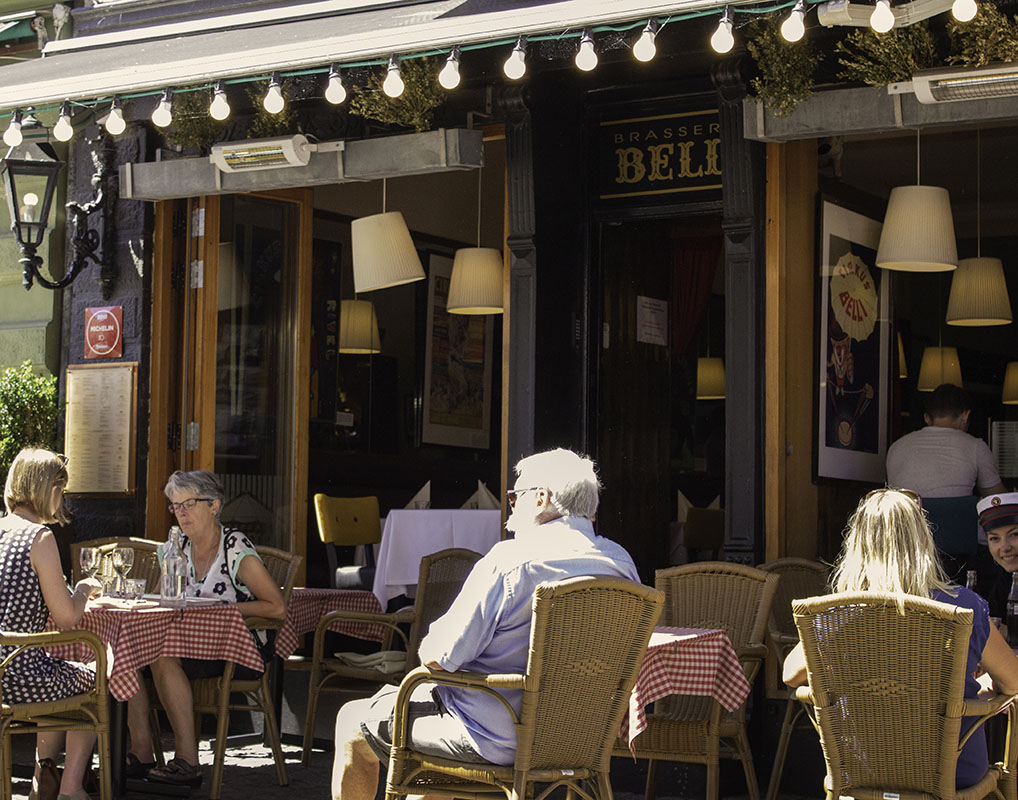 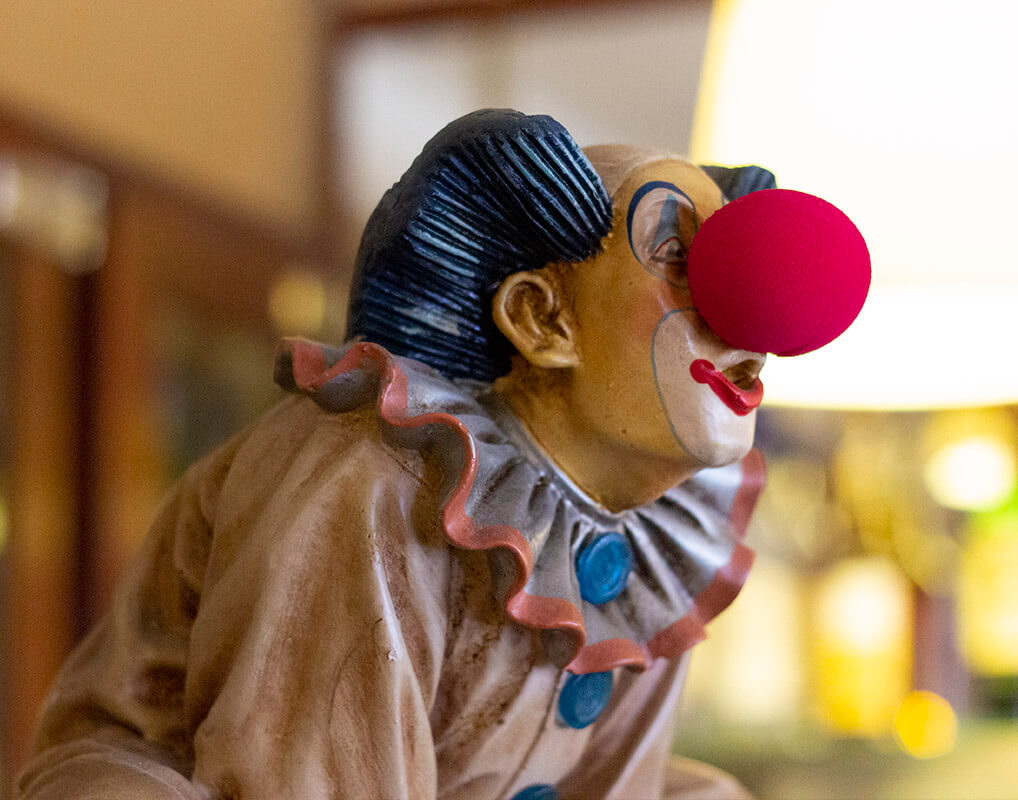 For many years Circus Belli was among the biggest and most famous circuses in Denmark. Metha Belli, who owned the circus, worked to transform it from a small travelling circus to a large circus with many exciting artists from all over the world. One of the biggest scoops Metha Belli did was getting the world famous cowboy Tom Mix to the circus. Circus Belli had its last season in 1956, when Metha Belli passed away. It happened right here in Aarhus. However, the Circus tradition was continued by Metha Belli’s grandchild, my father Leo Belli, who became an aerial artist I also became one in Circus Krone before I became a chef. Today I run Brasserie Belli in Aarhus.